Boko Haram and the Clash of Narratives 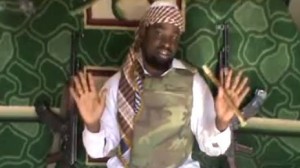 The Englishman, Thomas Edward Lawrence (1888-1935) later renowned as ‘Lawrence of Arabia’ in David Lean’s classic was one of the most bizarre guerrilla entrepreneurs during the First World War. Lawrence joined Arab Sheiks rebelling against Turkey, then an ally of Germany. With support from the British, Lawrence organised Sheiks and their followers into a formidable guerrilla army. John Robb, a former US counterterrorism operation commander and author of the book Brave New War has written brilliantly on how an understanding of Lawrence’s guerrilla strategies can offer a deeper awareness of the tactics of guerrilla insurgents in contemporary society. Lawrence of Arabia’s campaign was aimed at partially disrupting the Turkish railway system so that the Turks would send more troops to guard the railways and render themselves vulnerable at other critical operational areas.

Unlike Lawrence’s guerrilla movement, Boko Haram, the Islamist militant group in Nigeria is not involved in systems disruption. But one can see several similarities between the tactics of the Abubakar Shekau-led group and those of Lawrence of Arabia. Throughout 2013 they carried out various attacks on villages, schools and public gatherings. Last December they successfully carried out two daring attacks on highly secured military compounds in Borno State. Like Lawrence of Arabia, the Abubakar Shekau-led group has been extremely successful in distracting the attention of President Jonathan’s government. Other pressing national security issues and teething problems such as oil bunkering in the Niger-Delta, power, corruption, as well as Nigeria’s peacemaking role in Africa have not received the full attention they deserve. As in the case of Lawrence of Arabia and in many other insurgency situations, it is widely believed that Shekau has big backers within and outside Nigeria and possibly from Al Qaeda. Despite the state of emergency declared in the more affected Northeast states last May, there are no signs Boko Haram is getting any weaker. Rather, they appear more resilient and better coordinated in their raids than before.

More worryingly, the group is becoming increasingly media savvy. Their videos are becoming more sophisticated even including footages of some of their most brazen attacks. They now make and distribute audio tapes of their messages to spread their ideology and drive recruitment. In a recent video Shekau spoke confidently and sought to justify his campaign. “My muslim brothers” he said “we want you to know us, understand us”. He said their intention is not to kill or take anyone’s property but to do the work of God. Of all Boko Haram’s videos, this is the most worrisome. It is Shekau’s most articulate and most compelling showing. In no uncertain terms, he has demonstrated his intention to take the narratives high ground. This is what should cause President Jonathan and his security advisers sleepless nights. If they consistently tell their story within a stronger narrative framework through different forms and accompany them with even stronger visual signifiers, it is not unlikely that sooner or later they will earn the sympathy and possible support of the local population. The eminent scholar, E.J. Hobsbawm in one of his works, Revolutionaries notes that this is one of the most worrisome phases of any guerrilla enterprise. When Boko Haram succeeds in having an audience that they can speak to directly and establish common grounds, then sooner rather than later they will create a we versus they cognitioning – we, the oppressed against them the oppressors. This phase ushers an unlimited resource for recruitment and a hiding place for fighters.

There has never been a greater urgency for the Nigerian military to communicate more clearly. The situation in the northeast is as much a warfare of narratives as it is a kinetic warfare. So far, the Nigerian military has been more reactive than assertive. In the northeast, the word on the street about the military and the federal government is anything but flattering. During insurgencies of this nature, the state needs the support of the local population more than it needs bullets and bombs. Unfortunately the Nigerian military has not been able to develop a compelling narrative to clearly articulate its overall strategic aims and win hearts and minds in their core operational areas. Their communication is limited to press releases and media briefings about the number of Boko Haram fighters killed. This is less than inadequate. National Security Expert Michael Vlahos once described narratives during military engagements as “the foundation of all strategy, upon which all else – policy, rhetoric and action – is built”. Indeed, during crises situations, narratives are critical and can define the difference between success and failure, between life and death. The local population needs to make sense of the crises, understand their vulnerabilities, negotiate their resilience and reconsider their allegiance. They need information for their safety. Information therefore becomes a fundamental need. The narrative structures around which such information is weaved are even more important. Where these are porous, local people develop their own means of information or gravitate towards any eloquent narrative source to fulfill this fundamental information need. The unfortunate reality is that Boko Haram is gradually providing that source. The consequence is that the military may be permanently losing a strategic high ground.

The long term solution to the Boko Haram insurgency may not necessarily be kinetic. It lies in providing socio-economic structures that can end poverty and disincentivise militancy in the region. But while the troubles last, there is need for the military to develop more creative and more engaging means of telling its story to a population that is already disenchanted and untrusting. While the military is doing its best tactically, several people are led to believe the federal government does not care enough and the military is incapable of protecting them. A strong narrative can turn around this opinion.

Nigeria is among a new order of nations – the new MINT nations (Mexico, Indonesia, Nigeria and Turkey), with projections that it will become one of the world’s key economies within the next two decades. The only way this projection can become a reality is if the government demonstrates that it is capable of consistently protecting lives and property and that it takes national security much more seriously. This should be the paramount issue on the President’s mind in 2014.