News in the 21st Century: Lessons from Paper.li 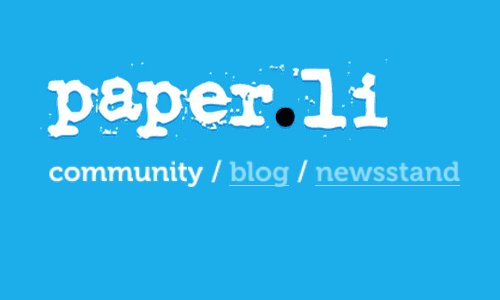 Just as the development of the Telegraph revolutionized news reporting in the 19th century, new ICTs have fundamentally transformed the way news is gathered, reported and received. The news audience in contemporary society is more informed than ever before, more technologically savvy and increasingly, aware of breaking news even before it breaks on mainstream media.

Rachel Bartlett has written eloquently on the digital tools that will make new Journalists stand out from the crowd. This isn’t just a list for the rookie Journalist but for every Journalist that wants to ply his trade in the 21st century. The interesting thing about the list is that it makes no distinction between the tools of the broadcast Journalist and those of the print Journalist. But beyond the Journalist, news media organizations can only remain ‘mainstream’ at their own risk. The future of the internet is on the move. Mobile news apps are increasingly fashionable and will always be. The audience wants to take ownership. Audiences do not only want to choose what to see, when to see it and how to see it but they also want to be seen. In the words of cyberpreneur Michael Margolis ‘the real promise of technology and the internet revolution is that everyone is now a storyteller’. In today’s mesh of information and data, the future belongs to the media organization that makes it easiest for its audience to tell their own stories and take ownership of their preferred news stories. This is why the news curation platform Paper.li by Swiss-based startup Small Rivers is increasingly popular. It enables individuals, businesses, governments, NGOs, everyone to, in a few easy clicks, have their very own online newspaper – curating news from social media and various online sources.

I have used it as an academic tool as well as a personal tool and I am fascinated with the possibilities. I have been interested in the Boko Haram insurgency in Nigeria (long before the global #bringbackourgirls hashtag revolution). I have been working in Nigeria’s northeast region since August 2013 and I found it rather strange that local media stations would rather report the missing Malaysian airline or David Moyes’ (under?)performance at Manchester United than report the insurgency. International media were not interested in reporting the conflict either. So I set up The Boko Haram Observatory on Paper.li to distil stories on the insurgency from trusted sources online and on Twitter. I filtered the contents to focus on #BokoHaram, #Bornomassacre and more recently #bringbackourgirls. Initially it was meant to serve my information needs. But now, The Boko Haram Observatory (http://bit.ly/1tSZ5PK) is a source of information to an increasing number of friends and followers seeking daily news and features on the insurgency. It is automatically updated twice a day and an automatic notice is served to my followers on Twitter and friends on Facebook. Paper.li feeds into an increasing audience need for customized news at their command and control. It has over 3.7 million users curating over 50 million articles daily based on the interest-graph of users.

Paper.li offers an insight into how audiences will engage with news and online contents in the future. It is a refreshing model that reverses the clichéd definition of news as what the editor says it is. Paper.li insists that news is what the reader says it is. Doubtless, Small Rivers still has a lot to do to make paper.li fulfill all its potentials. More control can be given to the user. But the site does provide users with the ability to decide what news and features they want to see and in what format - a useful tip for news media organizations.