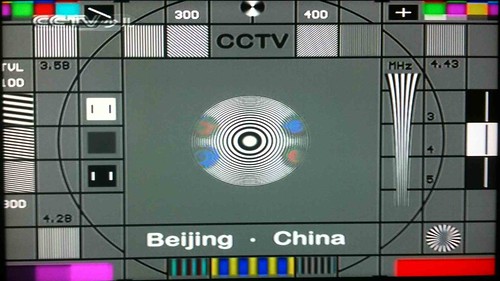 China Central Television (CCTV) is making some bold in-roads into Africa. It has recently announced several technical vacancies in its east African operations. It is interesting that while the UK government is cutting back spending on BBC World Service, China is expanding its media presence and media assistance in Africa. Doubtless, an increasingly assertive China would do with a louder and more influential voice in the African continent.      But would they be able to compete with the more established BBC World, Radio France International or Voice of America for African audiences? The thinking among most of my colleagues in the West is that Africa has a strong oral tradition, and that Radio is the mass medium of choice for most Africans. Thus China’s CCTV may not necessarily constitute a competition to the BBC World’s or the VOA’s radio audiences. This, no doubt is a fact. However a more prudent look at the demographics will tell a more interesting story.   A lot has changed in Africa during the past decade.  Radio, to borrow Michele Hilmes' parody, is increasingly restricted to the 'doghouse' of rural Africa. But in the urban centres where there is a growing middle class of young Africans, radio is gradually but steadily making way for Satellite Television and the Internet. The VOA is already seeking ways to catch the young by replacing the old shortwave infrastructures with a place on Twitter. It remains to be seen, however, how the VOA on Twitter would manoeuvre past the Smith-Mundt Act (the US Information and Educational Exchange Act of 1948) that compels the US government to keep the VOA and other US propaganda materials away from US citizens.

Young, educated and upwardly mobile Africans are making fewer foreign radio audiences, but they are getting increasingly hooked to the internet and satellite television. CNN, Aljazeera and increasingly CCTV are the international news channels of choice for this demography.  They seem to be CCTV’s target as it seeks to become an influential global media network. China’s international broadcasting philosophy departs from the democratisation model of Western international broadcasters. The Chinese model draws more on economic and technological interests and less on political governance or democratisation. Hence, several African governemts will find it easier to cosy up to CCTV and its rewards.

Last year I was part of a workshop committee on an ESRC project at the University of Oxford to reflect on China’s growing influence in Africa’s communications sector and its implications. This report of the workshop provides a interesting discussion  of the debates from the perspective of African, Chinese and Western scholars.  Happy reading.